How Your Body Mass Index Affects Your Health 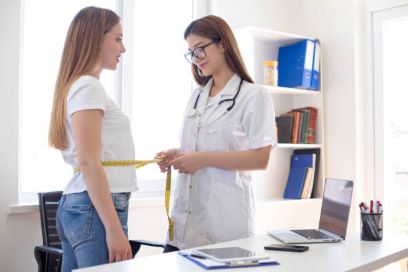 A long list of things affects our health and right at the top of that list is our weight. The body mass index takes this (weight) into account in the bid to determine how healthy we are. Body Mass Index (BMI in short) shows whether a person’s weight is commensurate to their height. BMI is a quick measure of health and it is important you learn about how it affects you. But first, you should find out how to determine your body mass index.

As an adult (over 20years), you can manually calculate your body mass index by dividing your weight in kilogram(kg) by the square of your height in metres (m2). It is expressed in kg/m2.

The BMI is a way of broadly assessing a person’s health by classing him/her as underweight (below 18.5kg/m2), normal weight (18.5-24.9kg/m2), overweight (25-29.9kg/m2) or obese (above 30kg/m2). I used the word ‘broadly’ because the BMI does not include some important factors which help to get a more precise judgement of a person’s state of health. It has some limitations that matter in different situations. BMI doesn’t account for fat or muscle (it accounts for weight and height). Whereas, fat rather than weight is the better indicator of one’s health. For example, muscle is much denser than fat, and as such, one would find very muscular people who have healthy weights but are still classed as obese using BMI. BMI also doesn’t account for age, sex and… ethnicity (you read that right!). It has been found that one’s ethnic group may affect one’s health and this is regardless of what the BMI says. Asian women for example have a tendency of having osteoporosis (a condition which is normally caused by being underweight). As such, Asian adults, especially women who have BMIs below 25 have health risks even though the BMI classes this as a healthy weight as long as it’s not under 18.5.

it is not advisable to begin pregnancy as an overweight or obese person. However, BMI shouldn’t be used as a measure of health if you’re pregnant. It is important to see a doctor to help determine what weight range is ideal for you if you’re just beginning pregnancy. This is because the mother’s weight affects the baby’s weight. Being obese during pregnancy can cause a lot of complications in both the mother and the baby.

Example of complications that can arise due to being obese during a pregnancy are;

For a baby, the possible health problems are;

It is important to note that being obese could also make it harder to get pregnant. Being obese could affect fertility by impeding normal ovulation. Obesity also gives the use of In Vitro Fertilization (IVF) a lower chance of success.

How BMI affects a person who is not pregnant

Obesity in a person who is not pregnant can also lead to health problems like; type 2 diabetes, heart diseases, high blood pressure and cardiovascular problems.

Having most of your fat around your waist rather than your hips puts you at an even higher risk of heart diseases and type 2 diabetes. This risk increases with a waist of above 35 inches (88cm) in women and above 40 inches (102cm) in men. In order to measure your waist, you should stand and measure by placing a tape just above your hipbones. Ensure you breathe out while taking this measurement.

READ RELATED ARTICLES  Why You Should Walk 10,000 Steps Daily

Being underweight has its downside too. It could lead to malnutrition, osteoporosis, and anemia.

Measuring BMI in children and teens (2-20yrs) is slightly different from in adult. It goes beyond just dividing your weight in kilogram by the square of your height in metres. That of children (2-20yrs) takes into account the ages and sexes of children to get an accurate result. This is due to the fact that children grow rapidly and because the male and female body types changes at different rates. Thus, after calculating the BMI, they locate this BMI number on a chart and correlate it with the person’s age to know if the BMI is within the healthy range. Using the chart, the BMI is compared against the percentiles for children of the same sex and age.

In all, the BMI is a quick way to assess one’s health and should not be disregarded. However, it cannot serve as a source of clinical guidance and it is thus advisable to see a doctor to get a better assessment of one’s health.

Now that you have an idea of the kind of effect your BMI has on your health, why don’t you take a moment to calculate your BMI and get a quick assessment of your health?