Overhydration: Possibility, Signs and Dangers of Drinking Too Much Water 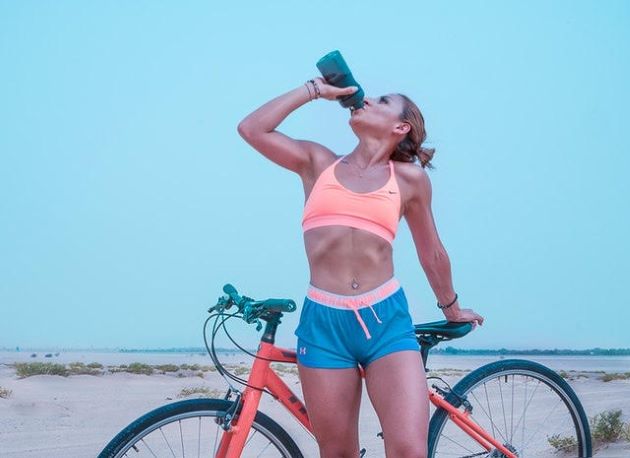 Just in case you’re wondering, there’s actually something such as ‘DRINKING TOO MUCH WATER’. As hard as it may be to accept, it’s possible to OVER-HYDRATE.

Yes, water is essential to life. Yes, water is probably the best choice for hydration and weight management. It has no calories and doesn’t contain added sugars. It seems however, that even the best things of life can become bad for us when had in inordinate quantities. Water included.

We all have heard at different points of our lives, the importance of staying hydrated. I was once on a water therapy myself. It was in 2014 before I got admitted into the university (at which point it became too expensive to keep up). I aimed at drinking 4litres of water per day. The goal was to use that to try and improve my skin. When I think back now, I wonder if I was on the road to doing some harm to myself instead.

As much as it’s important to stay hydrated, it’s also important that you don’t take in so much more than your body can handle at a time because that also could be harmful.

The concept of ‘drinking too much water’ is borne from the fact that there’s a limit to the amount of fluid that a healthy kidney can filter in a particular time. Usually, a healthy kidney can get rid of 80cl to 1L of water in an hour. This means that its healthy to drink up to 1L of water per hour. This means that in a day, the kidney can excrete around 19.2L to 23L of water which is about 5 to 6 gallons of water per day. This is not excluding the other fluids that we take in per day.

Thus, the problem is mostly from drinking too much water within a short period of time. Whatever amount of water you’re capable of drinking in a day, you shouldn’t drink too much of it within a short time. Doing that regularly can put a strain on your kidney and your heart. Quick signs of over-hydration include: frequent urination, having a very clear pee, and fatigue. There are other more dangerous side effects of drinking too much water, some of which call for real concern. These side effects show earlier in people that don’t have healthy kidneys or hearts, endurance athletes (e.g. marathon runners), people on drugs like ecstasy, and infants.

Now let’s get a look at the side effects of drinking too much water.

Dangers of drinking too much water

No prizes for guessing this one right. A pretty obvious one; Drinking too much water definitely leads to frequent urination. When you drink too much water, you find yourself seeking the bathroom every now and then. This is one of the less dangerous effects of excessive drinking of water, but still, could be highly uncomfortable to deal with.

READ RELATED ARTICLES  HOW TO GAIN WEIGHT IN A HEALTHY WAY

When we overwhelm our kidneys with too much fluid than they can handle in a while, it means that they cannot quickly get rid of the excess fluid. Our blood then becomes diluted and our brain cells and other cells swell up. Since our brain cells don’t have room for expansion, unlike the other cell, this could result in water intoxication, seizures, coma, respiratory problems and even death. The inability of the kidney to quickly get rid of this excess fluid could in itself result in damage of the kidney.

This condition is a result of low sodium (salt) content in the blood. The sodium content of our blood reduces due to excessive drinking of water and this can cause fatigue, disorientation, headache and nausea due to improper functioning of the electrolytes in the body caused by this low sodium content. This is a rare condition but it could be fatal.

Most of the water that we drink is treated with chlorine, and too much intake of chlorine could lead to one developing cancer. Drinking excess water means increased risk of drinking chlorinated water. Hmm.

When you drink more water than your kidney can handle at a point, the kidney becomes overwhelmed and is strained. The kidney has to work harder to filter the fluids, which can lead to a stress reaction from your hormones. This could make one feel tired or fatigued. Moreover, the dilution of electrolytes causes exhaustion amongst other things.

How much water should you drink?

The amount of water that you need to drink depends on a number of things: age, gender, body-weight, activity levels, medications, metabolism, state of the environment and state of health. People in temperate climates and with little physical activity may not need to drink as much as the 8-10 medium sized glasses of water (2-2.5 L) daily that’s normally prescribed as adequate. Also, endurance athletes like marathon runners, footballers, boxers etc.  sweat a lot and lose more salt than is healthy in the process. Hence, over-hydration would be a bad idea for them. Supplementing their water with electrolytes is what’s ideal for them and not just necessarily more water when they’re dehydrated. Simple tricks such as adding a pinch of salt and lemon juice to plain water, can help maintain fluid and electrolyte balance in the body.

Generally, make sure you drink water in small quantities through the day and not so much at one go. A gallon (3.785 L) of water is okay for an adult male per day to stay hydrated whereas an adult woman would need slightly lesser, say 2.785 to stay well hydrated (Pregnant women and nursing mothers require more than this). You can spread this into small amounts (less than 1L per hour) throughout the day so you don’t strain your kidneys.

dangers of drinking too much water, excessive urination, how much water should you drink?, over hydration, water, water intoxication