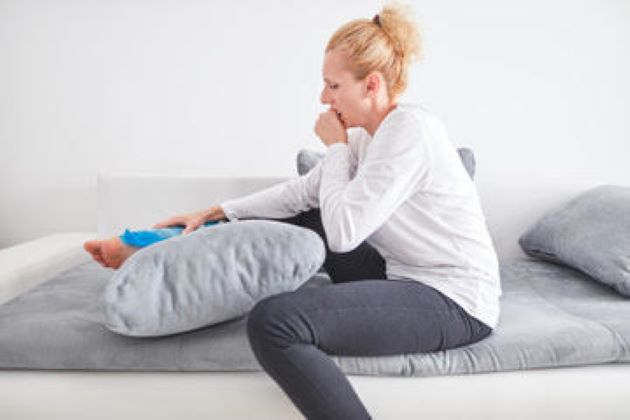 I usually hate it whenever I haven’t worked out for an extended period of time. I hate it more because I keep thinking of the kind of progress I could have made in that time. I also hate it partly due to my knowledge of the fact that the muscle soreness I’m going to experience the next time I go to the gym is going to be over the top!

I’m almost certain that everyone reading this has had the feeling of some degree of muscle soreness the day after an intense workout or a grueling physical activity. Aside that normal feeling of tiredness you feel after every workout- or some form of physical exertion, there’s a subsequent feeling of soreness that sometimes kicks in some hours later. This soreness is known as Delayed-Onset Muscle Soreness (DOMS in short) a.k.a. muscle ‘fever’. I’ll try to shed some light on this concept and I’m guessing you’re interested in being enlightened too. So, stick around and grab some popcorn maybe? Or don’t? (this is just a ten-minutes read anyway!!)

Delayed Onset Muscle Soreness is a form of muscle soreness that you start to feel from a few hours after an intense workout up till a few days after. It occurs mostly after very intense workouts that consist mostly of exercises that you’re unaccustomed to or ones that hit some parts of your body that you haven’t paid much attention to in your previous workouts. It could also kick in after having a rare workout in a long time.

Doing variations of exercises in order to hit different necessary muscles or upping the intensity of your workouts from time to time should make you feel muscle soreness which could last from about six hours after your workout till about four to five days maximum.

Its worthy of note that muscle soreness doesn’t always count as a sign of a good workout (harsh, but true!). Its however definitely a sign of a hard or demanding physical activity which the body isn’t used to (whether rewarding or not). Its also not a given to always feel sore after a good workout, but I’d say that if you never occasionally feel sore after workouts, you’re probably not working out right (I hope I haven’t confused you. You can read that again!).

DOMS is quite common for gym sharks as many of the exercises performed in the gym are ones which cause the muscles to contract while lengthening.

DOMS can result in a temporary loss of muscle strength, and muscles stiffness. In some cases, the soreness feels less painful once you actually start moving that muscle. In some cases, it gets worse.

How to treat DOMS

Rest, rest, and rest. Proper rest of the body is the best thing to make your muscles heal after an intense workout that makes your muscles sore. If you have access to an anti-inflammatory like ice, you could also use it to reduce the soreness. A gentle massage of the affected muscle(s) and the use of pressure garment also help to reduce the duration and severity of DOMS. However, a deep massage should be avoided within the first 24 hours. You should also avoid aggressive exercise during the recovery phase due to the inability or a reduced capability of the muscles to cope with shock absorption, in-coordination, reduced strength balance, contraction etc. and this is why it is not advised to work out while you’re still very sore as you’re likely to have a bad workout which is unrewarding and also because of the likelihood of getting injuries.

READ RELATED ARTICLES  Burpees- Benefits and How to Perform Them

It’s impossible to prevent DOMS except you only do exercises your muscles are used to and never crank up the intensity of your training once in a while.

Ideally, occasionally- but not necessarily every time, you should experience DOMS as a result of training your muscles. However, its severity and regularity could be reduced by SLOWLY increasing the intensity of your workouts. Gradually build up the amount of exercise you do in your workout program.

DOMS is something we have probably all experienced. It’s not abnormal and shouldn’t call for alarm. You can however try to reduce the pain by using an anti-inflammatory like ice if the pain becomes almost unbearable.

It’s important to be able to distinguish DOMS from muscle injuries or damage. One almost certain way to figure out is the duration of the muscle soreness. Once the pain doesn’t subside after five days, you shouldn’t take it more seriously and you may need to see a physiotherapist as it may be a sign of muscle damage. Also, if the pain was felt during the exercise and was more or less sudden, or if the pain is in the joints and not just limited to the muscles or if there’s swelling and discomfort, you should also see a physiotherapist.

So, the next time you go hard in the gym and feel really sore after your workout, know that it’s completely normal. But be sure to give yourself some good rest before hitting the gym again. Good luck getting sore!!